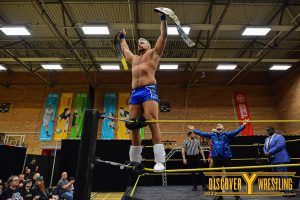 Date And Venue Confirmed For Year 7! 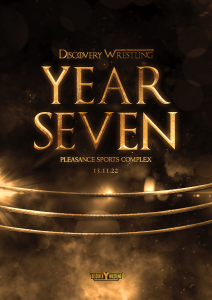 It’s the biggest date on the Disco calendar and it’s all now been confirmed!

Year 7 will take place on November 13th at the Pleasance Sports Complex in Edinburgh.

The venue for this year’s Disco Derby was such a hit that we wanted to return as soon as possible.

Matches for this huge event will be announced in the coming weeks.

But we can reveal Joe Hendry will be in action as he defends his Y Division Championship.

Fresh from becoming the first ever Discovery Tag Team Champions, the Kings of North will have their first defence.

Also confirmed, the return of the number 1 contender for the Discovery Women’s Championship, Lana Austin!

Expect lots of Discovery favourites too with Caleb Valhalla, Gene Munny, Aspen Faith, Debbie Dahmer and many many more all confirmed.

Tickets will go on sale on our website on Monday the 29th of August at 9am. 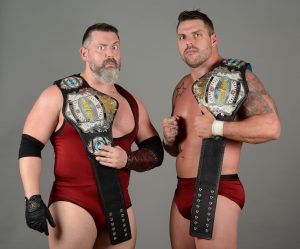 SPOILER! Who to expect at All About the Raffle 2022

It’s the most unpredictable event of the Disco calendar and it’s back for 2022!

All About the Raffle sees a draw take place to determine the wrestlers, the matchups and the stipulations.

We know most fans love a surprise so we aim to keep everything under wraps until the first bell.

However, we also know there are fans who like a bit of certainty before getting tickets.

So please don’t read on any further if you don’t want to know who’s all going to be at All About the Raffle 2022.

For those wanting to know who will be in attendance for this event – this is for you.

And please, don’t share or spoil the surprise for those wanting to be kept in the dark.

One of the UK’s leading women will make her big return with Lana Austin due to make her first Disco appearance in nearly 3 years.

British wrestling ambassador Doug Williams had also been due to return, but has now been ruled out through injury. We hope to see Doug back in a Disco ring as soon as possible.

And someone making their Discovery debut is the monstrous Will Kroos!

Now, if that has convinced you to buy a ticket for this event – click here